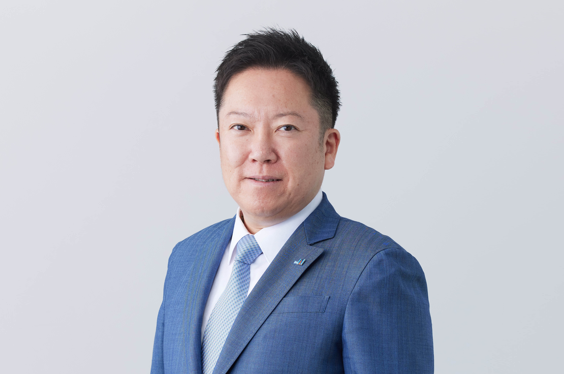 Launched first business in 1994 while in university. Founded Fuji Techno in 1996 and MEDIA DO in 1999 (the former was merged into the latter in Nov. 2001). Involved in various businesses before launching eBook distribution business in 2006. Listed MEDIA DO on TSE Mothers Market in 2013, moved its listing to TSE 1st Section in 2016, and became TSE PRIME Market in April 2022. As CEO, he is in charge of management strategy, particularly creation of new drivers of shareholder value.
Established Tokushima Innovation Base Association in 2020 in aim of supporting entrepreneurs and serves as its representative director. Actively involved in local economic revitalization since 2013 in hometown of Kito-mura (now Naka-cho), Tokushima Prefecture, while also contributing to society as an entrepreneur in roles such as president of Entrepreneurs’ Organization Tokyo. 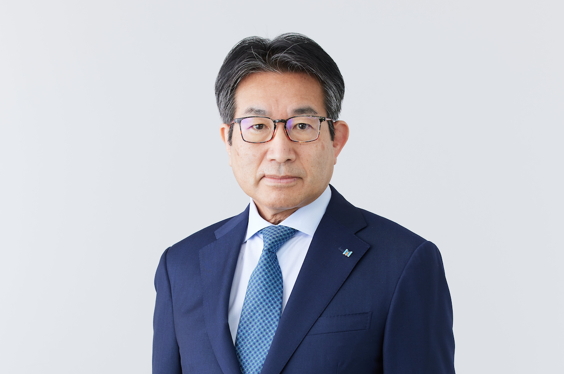 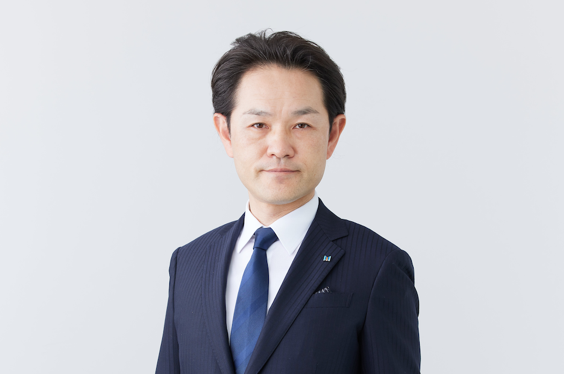 Began career at NTT DOCOMO in 2000, working in its content business. Involved in launching “Chaku-uta” (musical ringtones) for i-mode handsets. Joined MEDIA DO in 2008. Appointed operating officer/general manager of Sales Division in 2010, board director/general manager of Business Development Division in 2016, group COO in 2017, representative director of subsidiary MyAnimeList, LLC. (currently MyAnimeList Co., Ltd.) in 2019 and CBDO in charge of new businesses and alliances in June 2020.
As CBDO, leads development of new domestic and overseas markets and expansion of content offerings, capitalizing on his IT and mobile telecom expertise and broad experience in core eBook distribution business, eLibrary business and new businesses.
* CBDO：Chief Business Development Officer 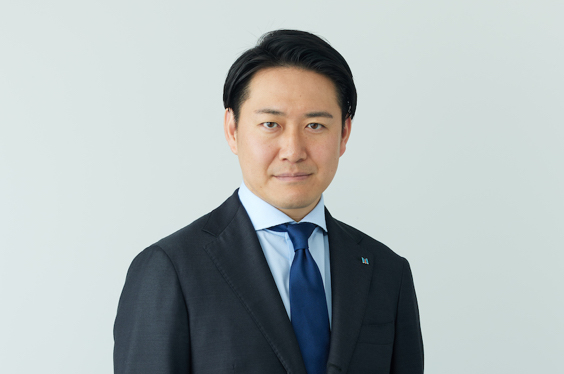 Began career in 2008 in UBS Securities Japan’s Investment Banking Division, where his roles included advising clients on M&A and capital raising. Hired by Frontier Management in 2009 to formulate and help execute business plans for B2C company turnarounds/management support. In 2013, cofounded and appointed Director/CFO of Flier, which became part of the MEDIA DO Group in 2016. Joined MEDIA DO in 2018. Appointed general manager of Corporate Planning Division in 2019 and executive officer/CSO in charge of management strategy formulation and IR in June 2020. Appointed director/CSO & CFO in May 2022.
As CSO & CFO, he is responsible for formulating and executing financial / corporate / ESG strategies, and reconciling various stakeholders’ interests, capitalizing on his extensive financial knowledge, consulting skills and entrepreneurial experience. Has authored multiple books.

Registered as attorney at law and joined Oh-Ebashi LPC & Partners in 2006. Appointed partner of Oh-Ebashi LPC & Partners (current position) in 2016, and Outside Auditor of CDG Co., Ltd. (current position) in 2020. Appointed Outside Director of MEDIA DO since 2021.
Provides pertinent advice from the viewpoint of risk management and governance based on these knowledge and experience, and effective supervision of the management team from an independent and objective standpoint.

Established the ETIC. Student Entrepreneur Liaison Conference and served as its Secretary General in 1993. Established the Non-Profit Organization ETIC (Entrepreneurial Training for Innovative Communities) and served as its Representative Director in 2000. Became a Part-time Lecturer of Graduate School of Waseda University in 2010. Advised to the Ministry of Education, Culture, Sports, Science and Technology in 2013. Appointed Visiting Professor of Tama Graduate School of Business since 2015, member of the Council on Overcoming Population Decline and Vitalizing Local Economy, Headquarters for Overcoming Population Decline and Vitalizing Local Economy (currently Office for the Council for the Realization of the Vision for a Digital Garden City Nation) of Cabinet Secretariat in 2019. Appointed Outside Director of MEDIA DO since 2022.
Provides pertinent advice from his viewpoint on promotion of business and organizational operation in a broad range of fields, based on his long-standing knowledge and experience gained through fostering and supporting entrepreneurial leaders, and effective supervision of the management team from an independent and objective standpoint.

Outside Audit & Supervisory Board MemberTsuyoshi Shiina

Joined Kimura Law Office at the same time as registering as a lawyer in 2002. Joined Kandabashi Law Office in 2003, Nagashima Ohno & Tsunematsu in 2005, Industrial Growth Platform, Inc. in 2011. In 2012, appointed Advisor to the House of Representatives (transferred from Industrial Growth Platform, Inc., appointed to the National Diet of Japan Fukushima Nuclear Accident Independent Investigation Commission), Member of the Lower House of Representatives. Appointed Representative of Tsuyoshi Shiina Legal and Tax Accountant Office after registering as a tax accountant in 2014. Appointed Outside Director of Phone Appli Inc., Outside Audit & Supervisory Board Member of MEDIA DO in 2017. 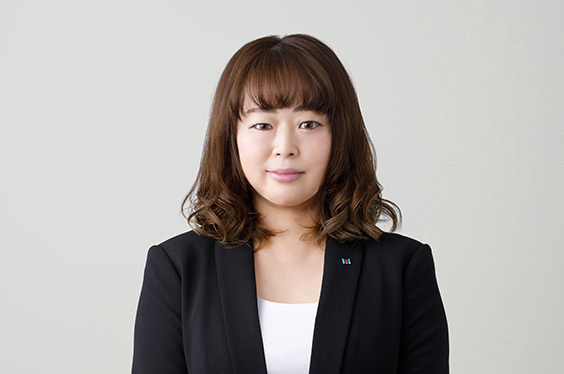 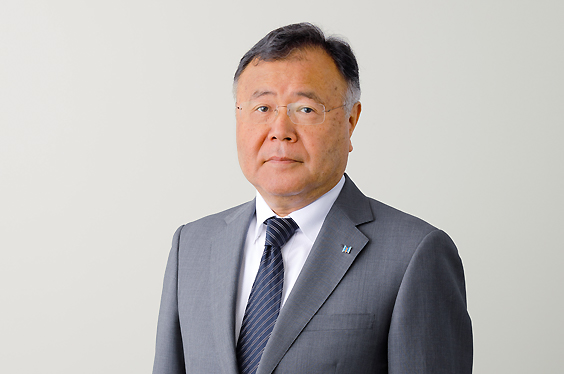 Began career in 1980 at TOHAN. Worked 10 years in magazine publishing and 8 years overseas, including as TOHAN TAIWAN president for 4.5 years. Moved to KADOKAWA SHOTEN (now KADOKAWA CORPORATION) in 1998, and established KADOKAWA TAIWAN and was its president. Subsequently involved in setting up local operations in Hong Kong, Guangzhou, Thailand, Malaysia and North America. Executive roles at KADOKAWA included director/general manager of KADOKAWA’s Overseas Business Division from 2012, managing executive officer from 2017 and advisor from 2019. Cofounded and appointed director of Japan Manga Alliance in 2015. Joined MEDIA DO in June 2020 as executive officer/CPSO mainly in charge of Overseas Business Department and PUBRID Department (now PUBFUN, Inc., a member of MEDIA DO GROUP). Appointed Senior Executive Officer ; Global Business and Publication Solutions since June 2022.
He is responsible for IPO creation and proactive cultivation of overseas markets through, e.g., capital/operational alliances, capitalizing on his wealth of experience in publishing distribution and overseas businesses. 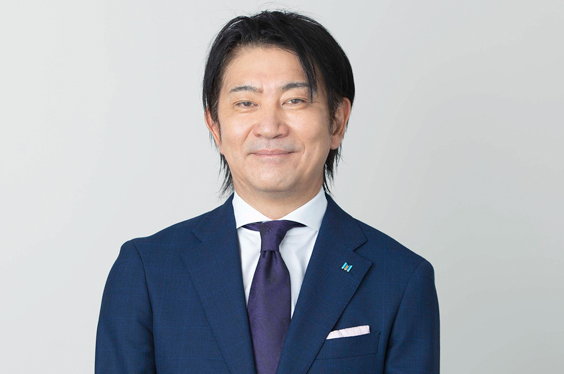 Began career at Kadokawa Bunko Distribution Center Co., Ltd. (now Building Book Center Co.,Ltd.) in 1991. Joined Kadokawa Group Publishing Co., Ltd. (now KADOKAWA CORPORATION) in 2009 and engaged in business promotion and sales management. Served as Director of BOOK WALKER Co.,Ltd. in 2012, Director of KADOKAWA TAIWAN in 2018, Deputy Director for IP Strategy Bureau of KADOKAWA CORPORATION in 2019, Director of Building Book Center Co.,Ltd., Managing Director of chara-ani corporation and Director of DOCOMO ANIME STORE inc, in 2020. Since joining MEDIA DO in July 2022, serves as Executive Officer ; Publication Solutions to promote the publishing solutions business, which is developing in a wide range of areas including international business, vertical scroll comics, and initiatives in partnership with distribution of publications TOHAN CORPORATION.
He is responsible for enhancing the company's presence and revitalizing the publishing industry as a whole, capitalizing his experience in a wide variety of businesses, both publishing and visual, paper and digital, as well as his achievements and experience in business promotion in the content business group. 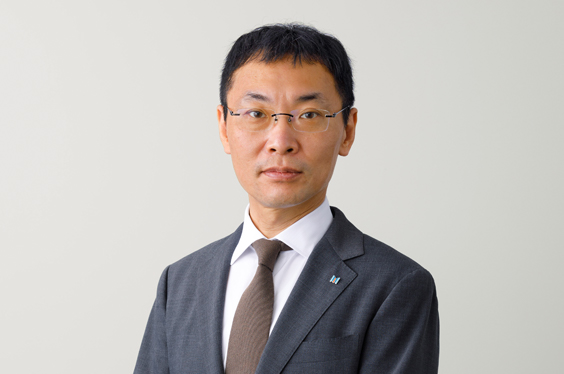 Began career in 1998 at NEC, where his assignments included corporate planning and business development. Hired by Rakuten in 2010. From 2017, headed Rakuten Group’s M&A program as department manager of Corporate Development Department after working in business development. Since joining MEDIA DO in 2018, has served as general manager of Corporate Planning Division and Management Administration Department. Appointed executive officer /general manager of Finance and Accounting Department in 2019 and executive officer/CFO in charge of financial strategy and capital raising in June 2020. Appointed Executive Officer ; Finance since June 2022.
He is responsible for financing, M&A and PMI to support MEDIA DO Group’s multifaceted and discontinuous growth, capitalizing on his long experience in business development. 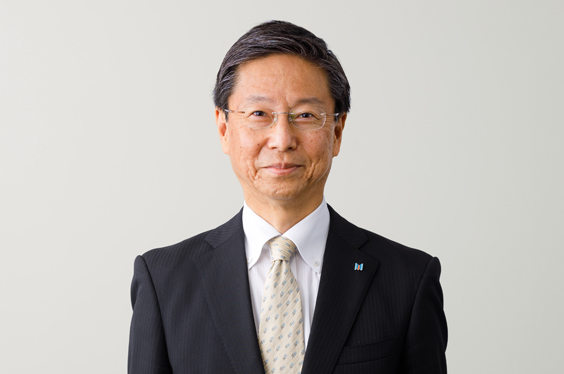 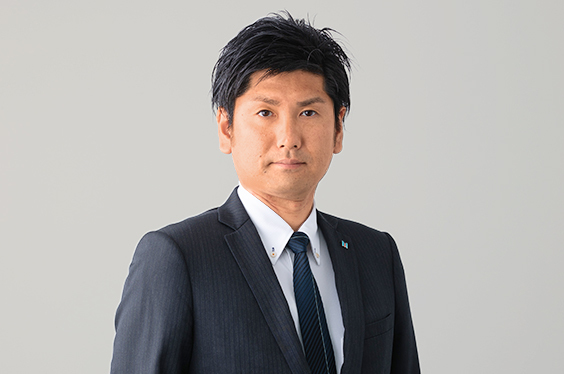 Began his career in 2006 at Sumitomo Mitsui Banking Corporation and worked in corporate sales and general affairs compliance. Hired by a corporate revitalization fund in 2009 and worked in business revitalization investment such as local commercial facilities and PMI. After joining Revamp Corporation in 2014, became CFO in charge of accounting management for the group and corporate listing preparation. Joined MEDIA DO in 2019 as the head of executive office with a role of managing corporate strategies, PR, cross functional and operational reform projects, and local revitalization projects. Appointed as the executive officer/CIO in June 2021, in charge of internal collaboration and company integration mission. Appointed Executive Officer ; President ＆ CEO Office since June 2022.
He is responsible for company's cross functional work reform, capitalizing his broad experience of various positions in business operation/management divisions, at parent companies and subsidiaries. 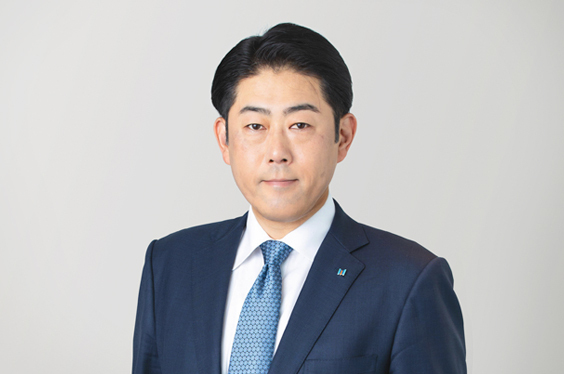